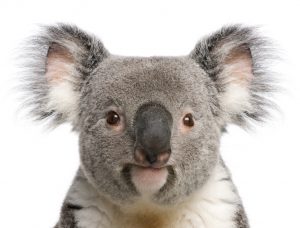 If the koala was on the edge of extinction there’d be an almighty uproar. And rightly so. How could a tragedy like that be allowed to happen? There’d be charities set up, funding sought and international support efforts arranged to do everything possible to save this remarkable animal. After all, a campaign such as that has been in full swing for years to stabilize the population of the giant panda, and, as recently reported, with some success. We couldn’t let the koala go the same way as the dodo – it’s so adorable – and fluffy.

But what about the ili pika? Is that an animal we also need to be concerned about? Would we sign a petition, send money or join the campaign? How could we? No-one’s ever heard of it. This is hardly surprising given that there’s something like five thousand species of wild mammal out there – and it’s impossible to be acquainted with them all. There are eighty or so species of gerbil alone. However, if knowing about every single type of mammal is out of the question, is it asking too much to know about a few more than we usually do?

Most of us are familiar with no more than

thirty or forty wild mammal species. And we are familiar with them because we see them over and over again. They have become common icons of our cultures. Lions are carved in stone. Zebras look striking on posters. Tigers sell breakfast cereal and koalas sell toilet tissue. Their names are marketing shorthand – cheetahs are fast, rhinos are powerful and elephants have long memories. Jaguars are cars. These celebrity animals dominate the list of the wild animals we recognise. But it’s a short list.

I’d like to lengthen that list. It could be by spreading a more comprehensive understanding of the diversity and variance of animal life through education and quality documentary making. But if it takes the same sort of engaging cuteness and humour associated with the ‘A’ list animals of popular culture, then so be it. Hopefully we can do both. However, if a child says ‘Aww’ at a sweet picture of a pika then perhaps she might think it was a pity if pikas didn’t exist. That is, at the very least, a first step.

There are five thousand species of wild mammal that need the same sort of PR that the koala gets. Animals like the critically endangered Grey Shanked Douc Langur whose name might be a mouthful but is yet one of the most gorgeous creatures on the planet. You could easily make it one of those pin-up superstars. It has big brown eyes in a golden yellow face over a white muzzle – black cap on top – all ringed in wispy white fur. Its body, legs and arms are grey with black shoulders, thighs and hands. And it has a bright red throat. It’s stunning. But you’d have to hurry – there are perhaps only five hundred left. There are six times more giant pandas.

Lesser Spotted Animals is my attempt at putting it about that there are many more wonderfully beautiful, weird, interesting and important animals out in the wide world than we think there are. All of which deserve our attention. It is unashamedly approachable and humorous but, hopefully, not at the expense of fact. These animals need, at the very least, sto have their own stories told – be they sad, funny or amazing.

So what of the ili pika – in its shrinking patches of central Chinese mountainside? Shall we start an appeal? It’s adorable too – and fluffy.