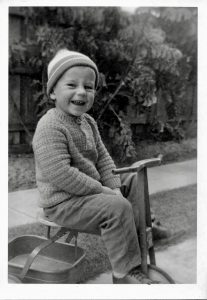 I’ve always liked drawing. Ever since I can remember. I was always doodling. Sketches, cartoons, squiggles, plans – anything. Often little scenes with speech bubbles and gags. We loved cartoons in our house. Dad would stick his favourite Peanuts or BC or Hagar the Horrible strips up on our kitchen cabinets. Soon the cartoonists that drew them became my heroes. When I grew up, I thought, wouldn’t it be marvellous to be someone like Charles Schulz or Dik Browne.

Art was always my favourite subject at school – so much so that I went to college to train to be an art teacher. However, as much as I liked the art bit, I discovered the teaching bit was way too much like hard work. So I became a stage-hand at a TV studio instead. I still wanted to be a cartoonist one day – I just didn’t know how.

It was only after I went traveling and ended up in London that the opportunity came along to do what I always wanted to do as a grown up – draw little scenes with speech bubbles and gags.

My first cartooning work was doing greetings cards for Paperlink and tiny humorous pictures for Readers Digest Magazine. I did other drawings for other magazines as well – but I needed to do more. And then I discovered I could do cartoons for books! Hooray! The first book I ever illustrated was Satan – The Hiss and Tell Memoirs by Jeremy Pascal, in 1988. 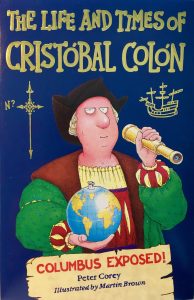 A few books later I was teamed up with Peter Corey for Coping with Parents. That led to Coping with Teachers and Coping with Boys/Girls. They were huge fun to do – especially the chapters about the history of the subject – parents or teachers or boys or girls. We liked the history section so much we did a sort-of history of Christopher Columbus together, called The Life and Times of Cristobal Colon.

One day I asked our lovely editor Helen if we could do Coping with History. She looked up from behind her desk and said, “Ah, hold that thought. Something’s just come in I think you might like.” That was the first I heard of Terry Deary and the books that became the Horrible Histories. 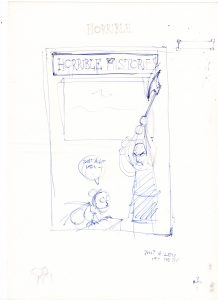 A few weeks later, I met Terry around a table with Helen and Alison, the designer. We talked about what the books should be and what they could look like. I scribbled a few ideas onto some paper, held them up, and the Horrible Histories logo and original covers were born.

The first two, were The Terrible Tudors and The Awesome Egyptians, published in 1993. They were followed the year after by The Vicious Vikings, The Vile Victorians, The Rotten Romans and The Blitzed Brits (illustrated by Kate Sheppard).

Then the ‘Specials’ came along – slightly bigger and longer Horrible Histories. I was still doing more ‘Coping with…’ books, so the first Specials were illustrated by Kate and Phiip Reeve (he of Mortal Engines fame). Then came the Stuarts, the Greeks, the Middle Ages and a diary. Then Aztecs, Celts, First World War, Georgians, more Tudors, Second World War and the Stone Age. Then eight more after that – up to 2006. Along the way we did more Specials and Bindups and Handbooks and Gory Stories and activity books and High Speed Histories and full colour gift books – and we needed even more artists to keep up – Atholl McDonald, Mike Phillips, Dave Smith, Geri Ford and Rob Davis – who either inked up my drawings and added colour or illustrated whole books themselves – brilliant artists all.

We’ve done 70 or so Horrible Histories books, selling 30 million or so copies in 30 or so languages. There have been magazines, games, puzzles, Imperial War Museum exhibitions, the fabulous Birmingham Stage theatre productions, the BAFTA winning CBBC television show and, in 2019, Horrible Histories, the Movie – Rotten Romans.

Quite a distance from four people sat around a table back in 1992.

Other stuff and Lesser Spotted Animals

Alongside the Coping Withs and the Histories I’ve also illustrated loads of other books, including Mark Haddon’s Titch Johnson – Almost World Champion, Philip Pullman’s The Adventures of the New Cut Gang, a book about chess called The Foolish King by Mark Price, and John McLay’s The Dragon’s Dentist early reader series. 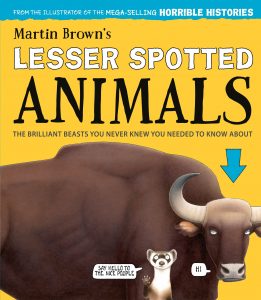 I have also illustrated and written Lesser Spotted Animals and Lesser Spotted Animals 2 – my own books about some of the world’s more unfamiliar creatures. Non-fiction natural history is so full of the same bunch of celebrity animals there’s no room for anything else – the lions and tigers and polar bears and pandas we see time and time again. Years ago I thought it was time to shed some light on some of the five thousand or more other animals out there – animals that are every bit as interesting, beautiful or strange as their famous cousins. Now at last I’ve had the chance to write the books I’ve always dreamed of writing. So let’s hear it for the gerenuk and the gaur, the dingiso and the dagger toothed flower bat. As we say, Lesser Spotted Animals is about the brilliant beasts you never knew you needed to know about.

And there’s more to come – new Horrible Histories, more animals, new characters – more little scenes with speech bubbles and gags. I’m quite grown up now and I love being a cartoonist. I was right, it is marvellous. 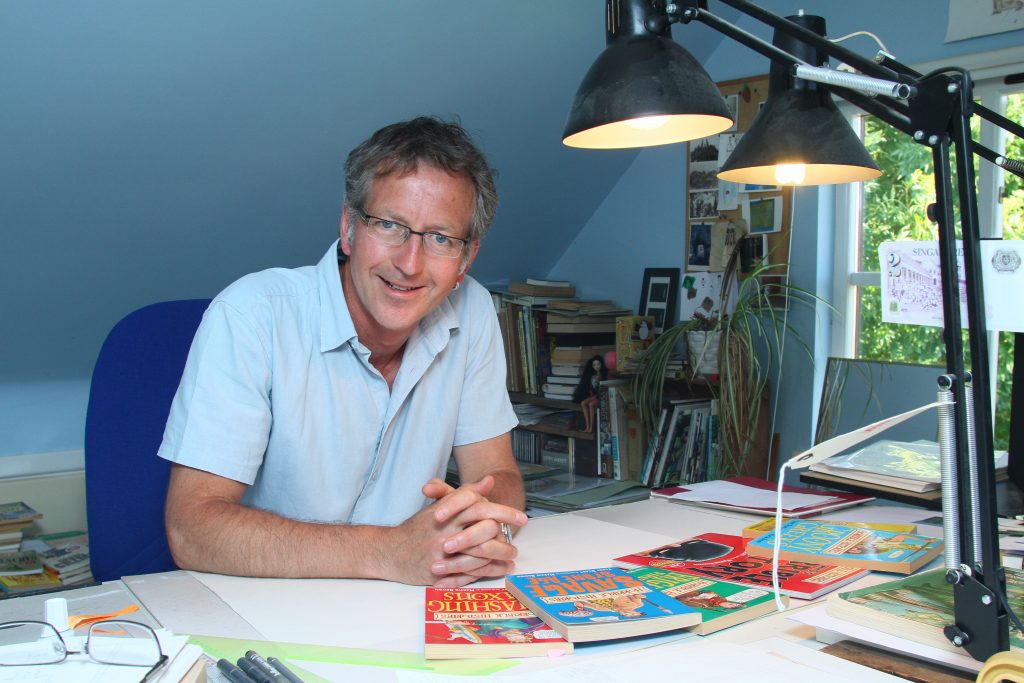